The average daily volume (ADV) of the futures and options (F&O) traded in the week reached 465.611 contracts, 25% lower than the average of the previous week, while the ADV for the year shows an increase of 141% compared to the previous week. same period last year and an increase of 60% if the Trade of the Treasury Bills is not taken into account. 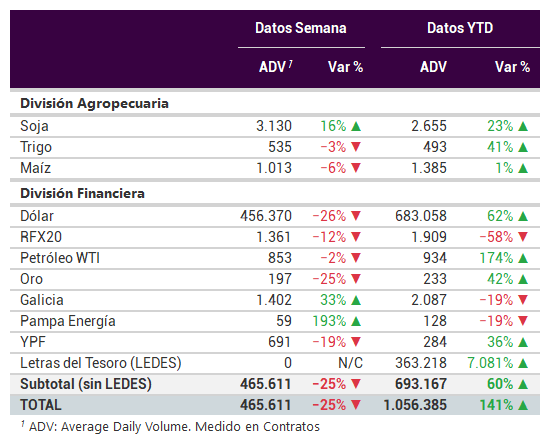 The Open Interest (IA) -contracts pending cancellation- average for the week stood at 10.496.899 contracts, 4% higher than last week. For its part, the average IA for the year is 166% higher than that of the same period of the previous year, including the Trade of LEDES and 57% higher without taking them into consideration. 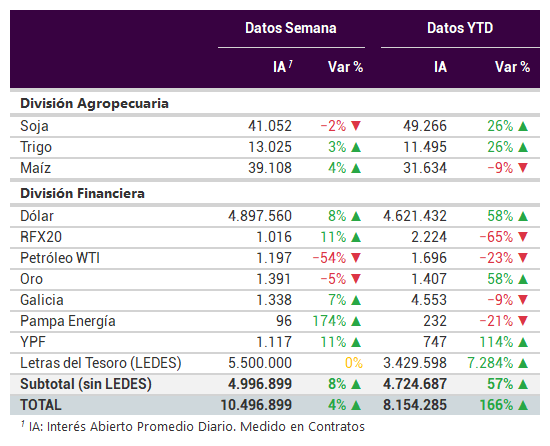 For its part, the gap between the price of the MEP dollar and the wholesale dollar increased 1.212 basis points to 104% on the last business day of the week. While the gap measured against the CCL dollar with GD30 ($300,21) ended the week 1.035 basis points above the previous week's close up to 109%, while the gap against the CCL dollar measured through the Index CCL MtR ($300,70) ended the week 812 basis points higher than the previous week's close to 109%. 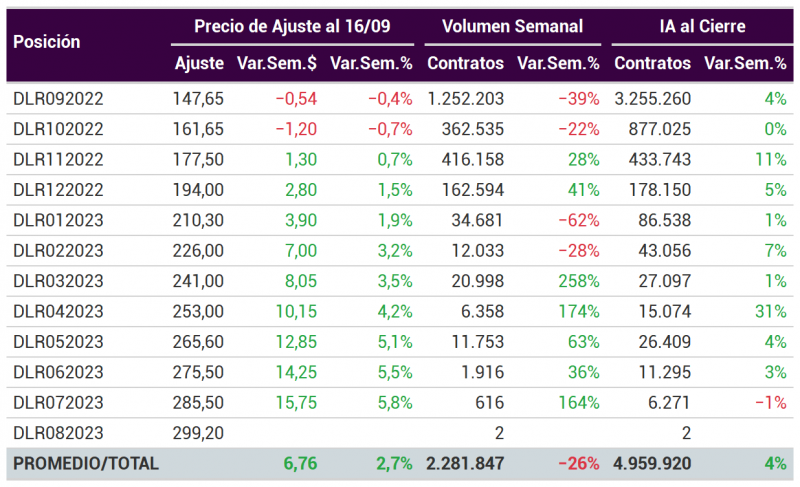 At the end of the week, the implicit rates of the dollar increased 441 basis points, averaging 92,6% for the positions shown below: 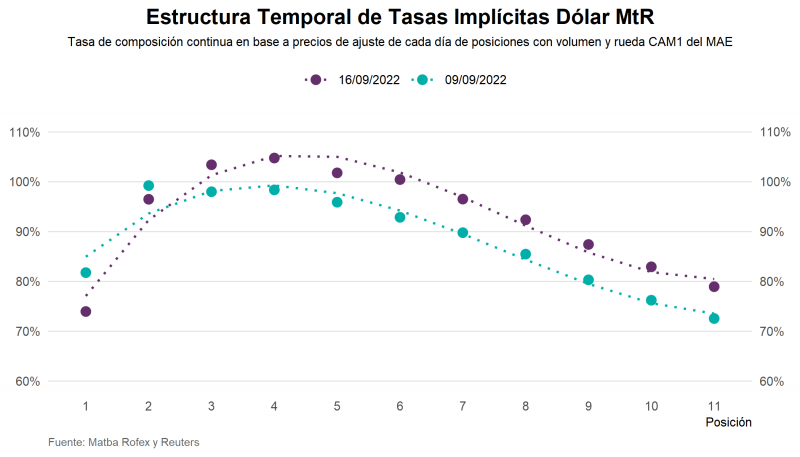 In the week, the inflation of the United States for August was published, which decreased to 8,3%, from 8,5% in July, but was above the 8,1% expected by analysts. Secondly, UK GDP was reported to have expanded 0,2% in July, after a 0,6% drop in June. In addition, the British unemployment rate fell to 3,6% in the same month of the year (the lowest figure since 1974), and its inflation for August was 9,9%, below the 10,1% reached in July. 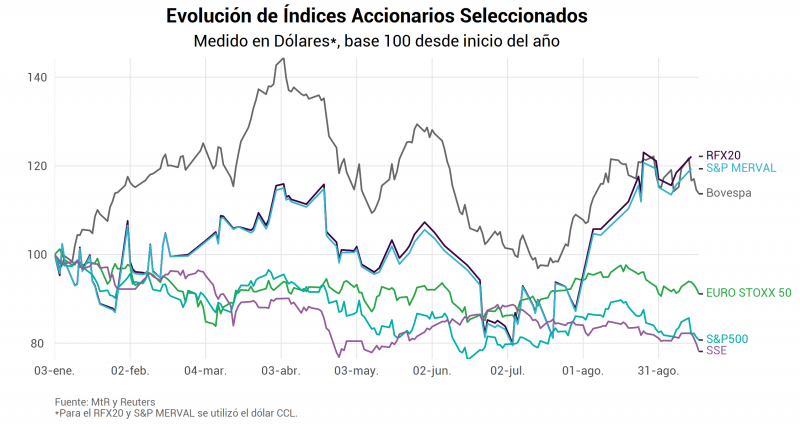 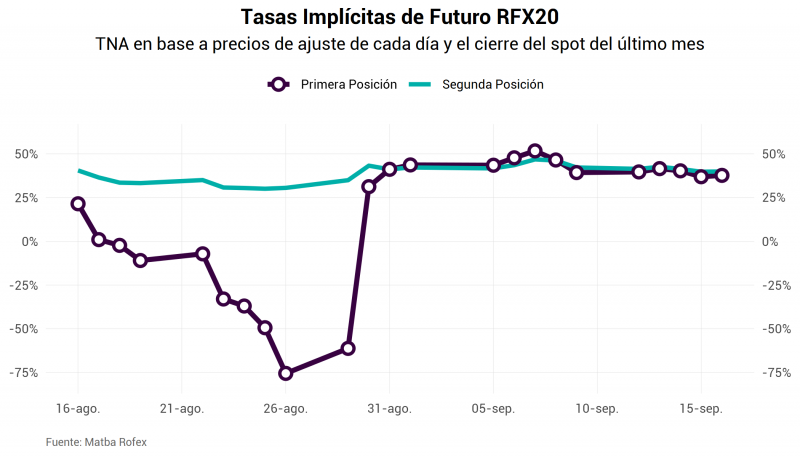 In notional terms, during the week the volume traded reached a daily average of $ 280 million (-11% weekly), equivalent to 14% of spot trading. 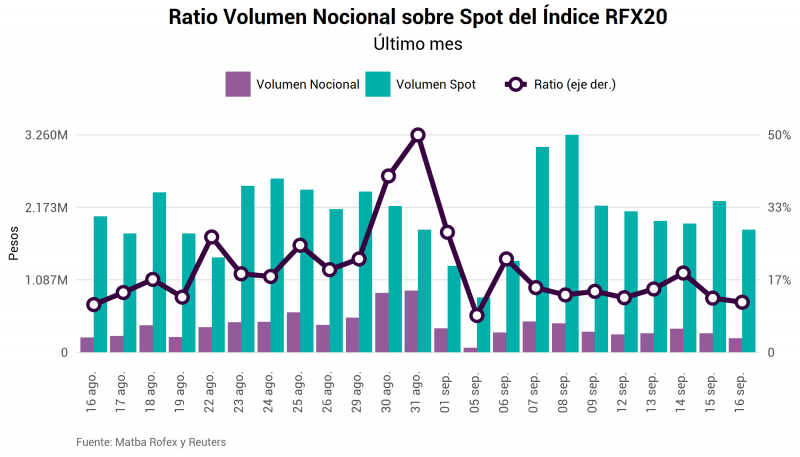 On average, transactions in futures on the shares of Grupo Financial Galicia (GGAL) reached 1.402 contracts per day, 33% higher than the previous week, while the ADV for the year fell 19% compared to last year in the year-on-year comparison. The average open interest was 1.338 contracts, showing an increase of 7% from the previous week. In notional terms, Trades in the local market (spot + future) reached 33% of the ADR volume (vs. 32% the previous week). Meanwhile, futures Trades represented an average of 18% of spot negotiations (vs. 9% the previous week). 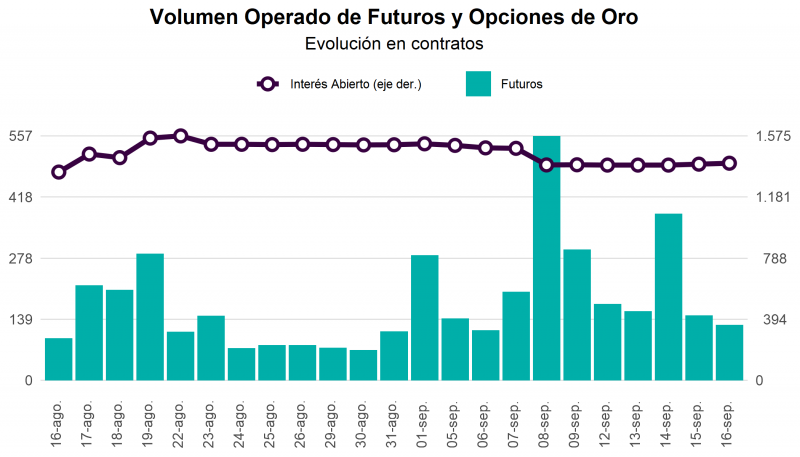 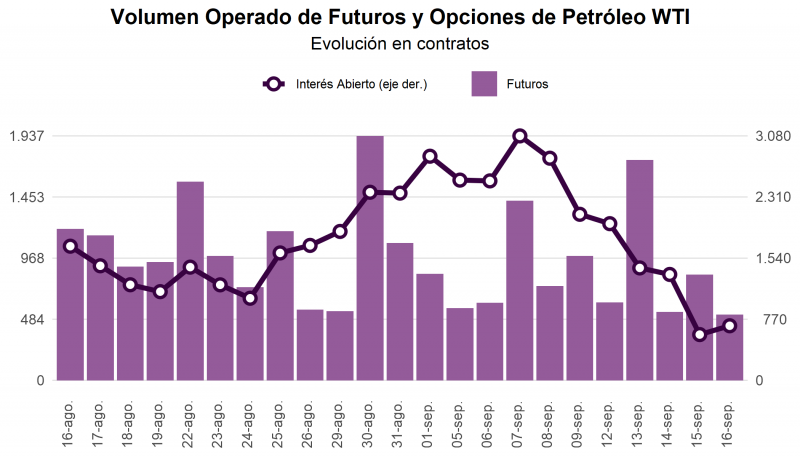