About: Exchange in numbers

The Trade of agricultural derivatives in Matba Rofex ("MtR") during 2021 reached a historical record with a total operated of 60,1 million tons, 12,5% ​​higher than the volume of the previous year. 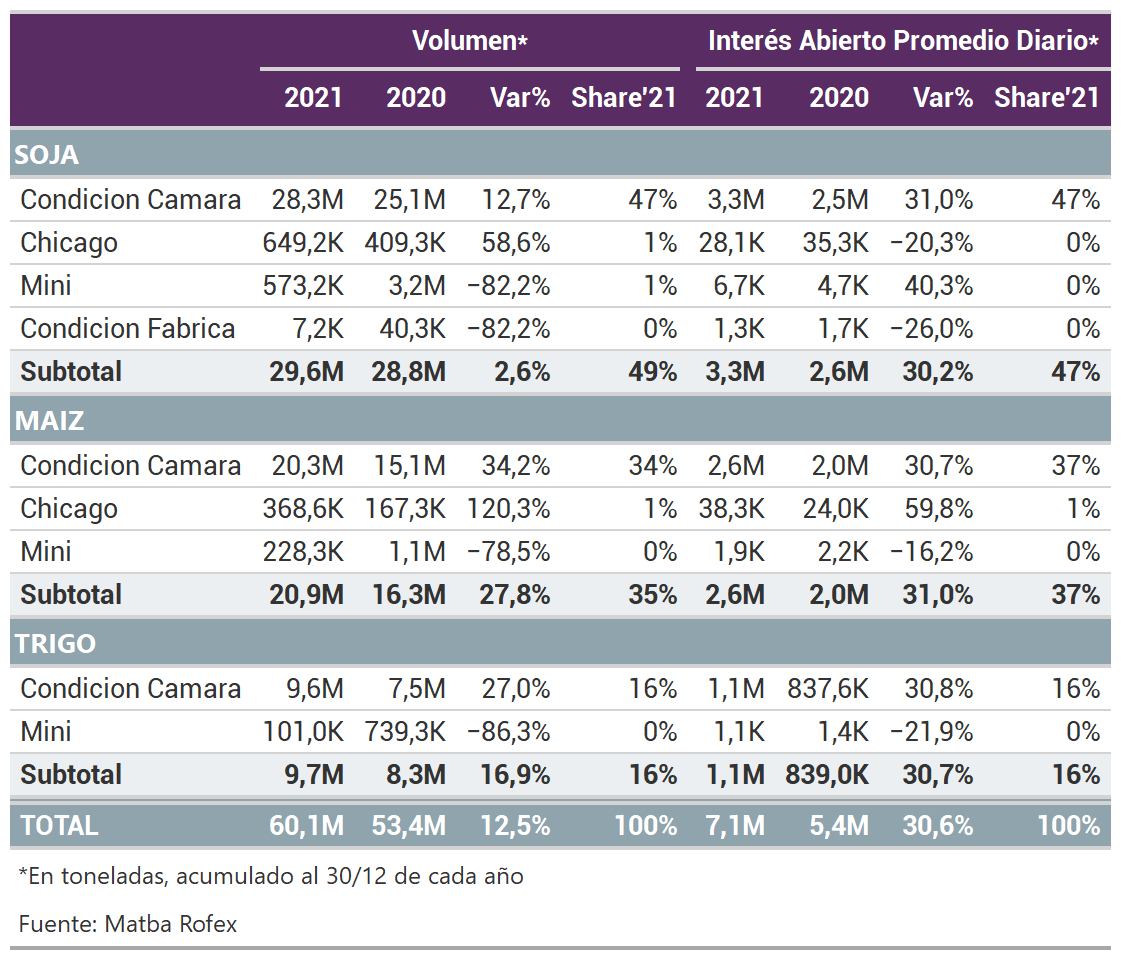 Within futures and options on soybeans, the most traded contracts were contracts with delivery Condition Chamber, with 28,3 million tons traded (+12,7% yoy), historical record. In second place were Chicago Soybean contracts, with 649 thousand tons traded (+58,6% yoy). For its part, the Trade of the Mini Soybean contract decreased by 82,2% compared to the previous year to 573 thousand tons. Meanwhile, in Factory Condition Soybean futures, the volume decreased by 82,2% compared to the previous year, totaling 7 thousand tons.

Regarding corn, 20,3 million tons were traded in futures and options with delivery (34,2% year-on-year increase), 228 thousand tons were traded in Mini contracts (-78,5% yoy) and in Chicago Corn contracts volume amounted to 368 thousand tons, 120,3% higher than the previous year. In this way, both the contract for Corn with delivery and Chicago Corn reached historical records of annual Trades in 2021.

On the wheat side, futures and options with delivery totaled business for 9,6 million tons, 27% higher than the previous year and historical record. While the Mini Wheat contracts registered a decline of 86,3% in relation to the volume traded in 2020. 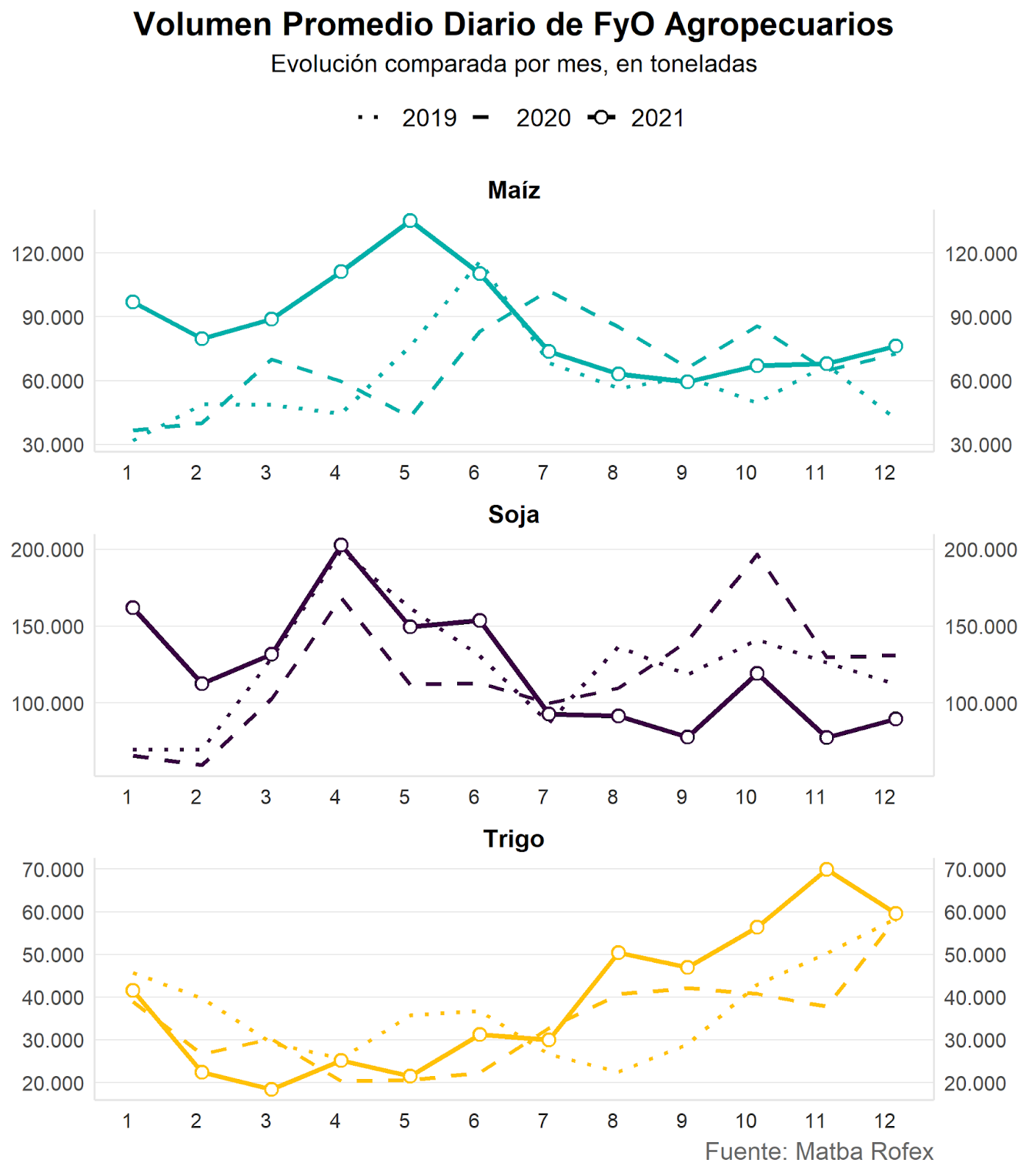 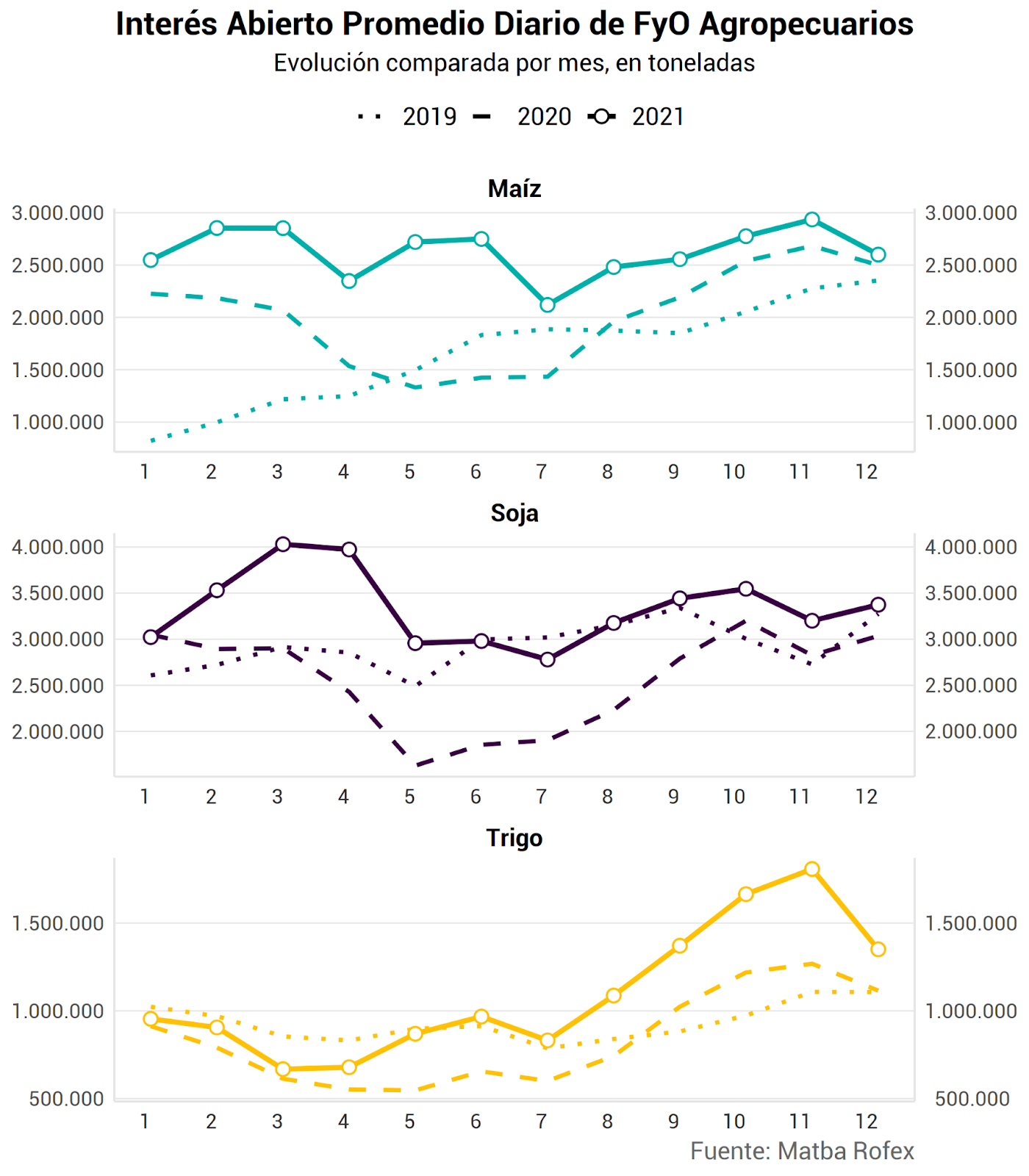 As of September 27, 2021 Matba Rofex began to publish the Continuous Grain Indices. This is a new family of indices, which includes three financial indicators designed to reflect the evolution of the price of agricultural futures contracts in dollars traded on Matba Rofex: the Continuous MtR Soybean Index, the Continuous MtR Corn Index and the Wheat Continuum MtR.

These indices are calculated in real time during the Matba Rofex agricultural futures trading session and their values ​​can be consulted through the market's institutional website or through a public API, whose documentation can be consulted on the specific microsite of these indices.

Regarding the purpose of these indices, it is important to serve as a reference for the creation of investment products associated with the price of grains. In this way, they can be used as a benchmark for Mutual Funds that invest in a portfolio of grain futures, financial derivatives or grain tokens.

The following graph shows the evolution of these indicators since they began to be published at the end of September 2021: 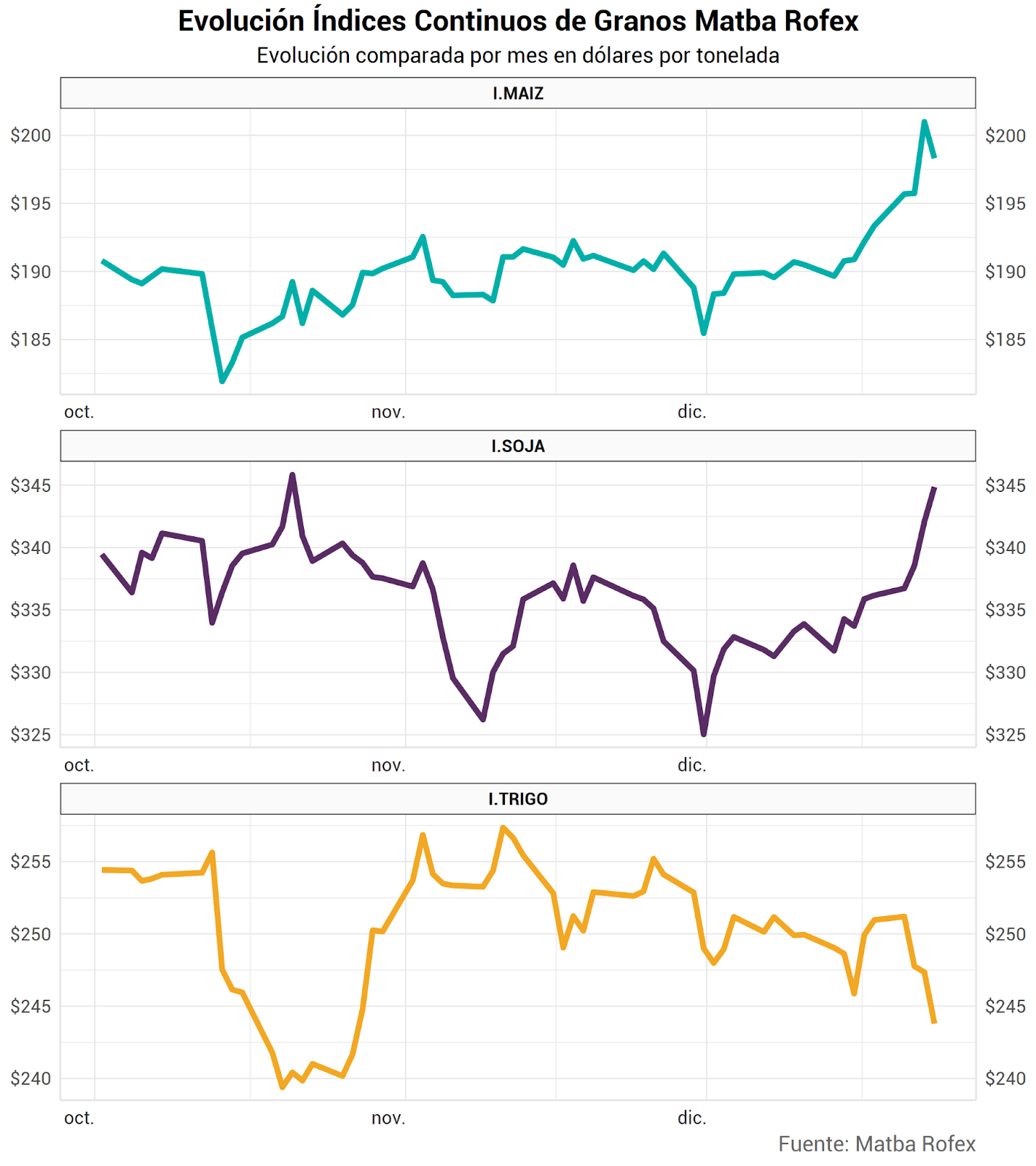