The average daily volume (ADV) of futures and options (F&O) traded during the week reached 698.640 contracts, 67% lower than the average of the previous week (14% higher without considering Treasury bills), while the ADV for the year shows an increase of 177% compared to the same period last year and an increase of 37% if the Trade of Treasury bills is not taken into account. 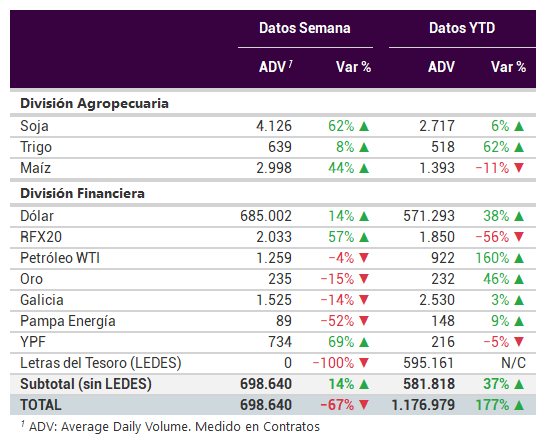 The Open Interest (IA) -contracts pending cancellation- average for the week stood at 4.693.852 contracts, 35% lower than last week. For its part, the average IA for the year is 183% higher than that of the same period of the previous year, counting the Trade of Treasury Bills and 33% higher without taking them into consideration. 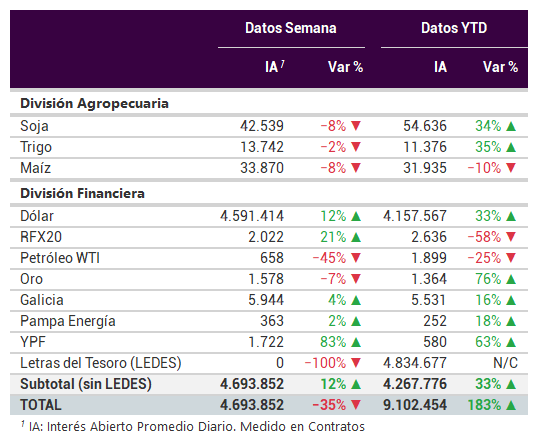 During the week, the progress report on the level of activity for the first quarter of 2022 from INDEC was published, which shows that the Gross Domestic Product grew 0,9% in seasonally adjusted terms compared to the fourth quarter of 2021.

For its part, the gap between the price of the MEP dollar and the wholesale dollar decreased by 400 basis points to 85% on the last business day of the week. While the gap measured against the CCL dollar with GD30 ($233,86) ended the week 672 basis points below the close of the previous week to 88,2%, while the gap against the CCL dollar measured through the Index CCL MtR ($235,85) ended the week 700 basis points down from the previous week's close to 89,8%. 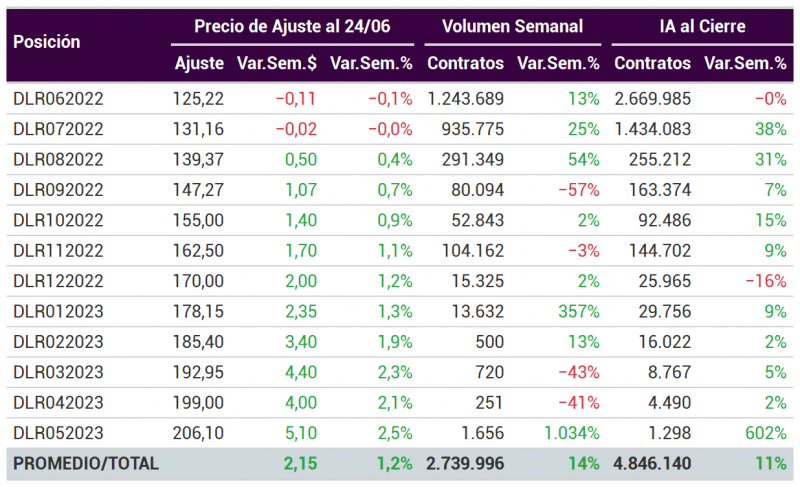 At the end of the week, the implicit dollar rates increased 222 basis points, averaging 60,3% for the positions shown below: 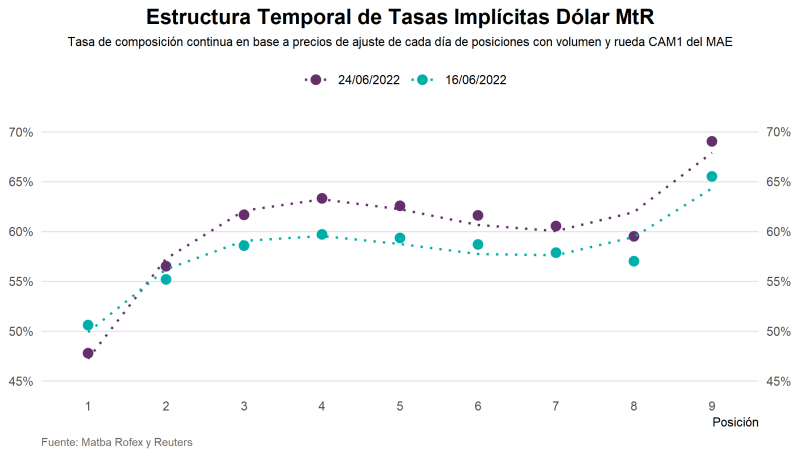 On the week, the UK's May year-on-year inflation rate was released, rising to 9,1% from 9% in April, making it the highest inflation rate since 1982. 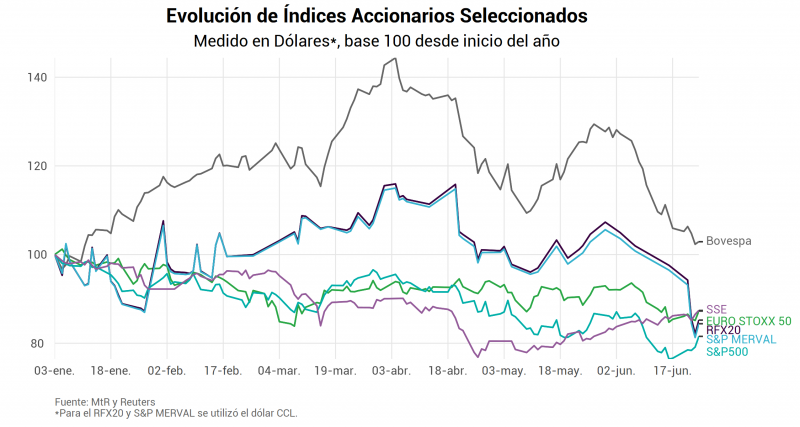 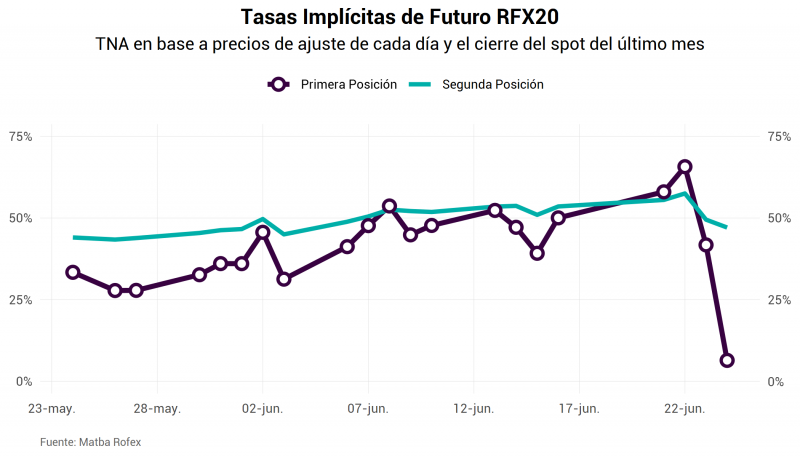 In notional terms, during the week the volume traded reached a daily average of $ 231 million (+ 49% weekly), equivalent to 19% of spot trading. 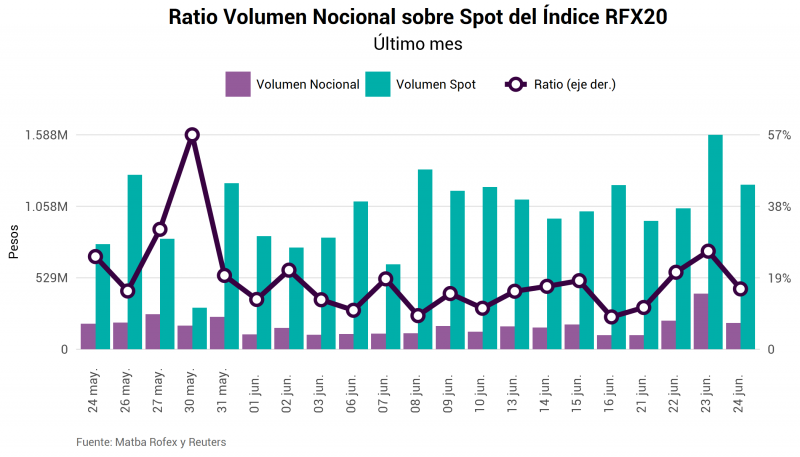 On average, transactions in futures on the shares of Grupo Financial Galicia (GGAL) reached 1.525 contracts per day, 14% lower than the previous week, while the ADV for the year increased by 3% compared to last year in the year-on-year comparison. Average open interest was 5.944 contracts, showing a 4% increase from the previous week. In notional terms, trading in the local market (spot + future) reached 48% of the ADR volume (vs. 49% the previous week). Meanwhile, futures Trades represented an average of 11% of spot negotiations (vs. 10% the previous week). 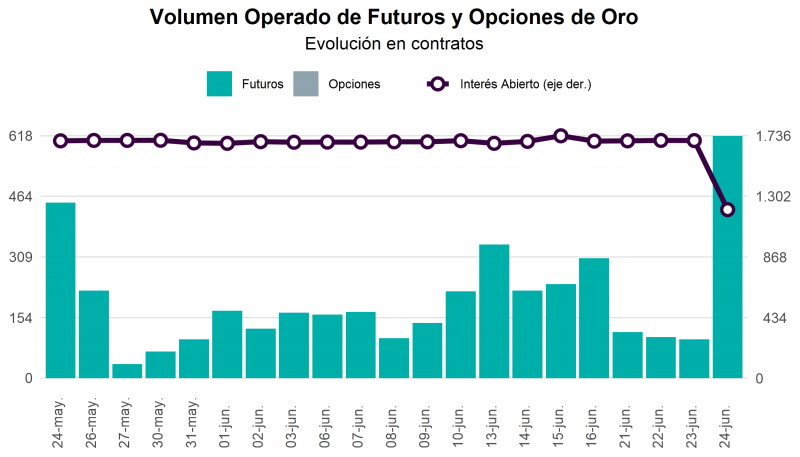 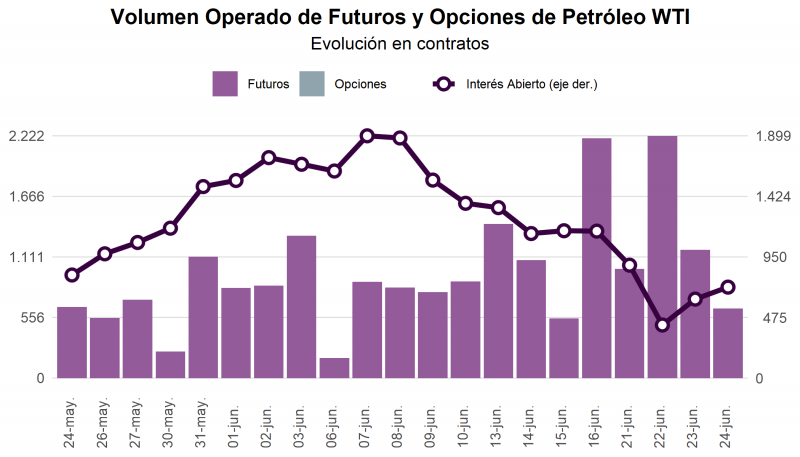